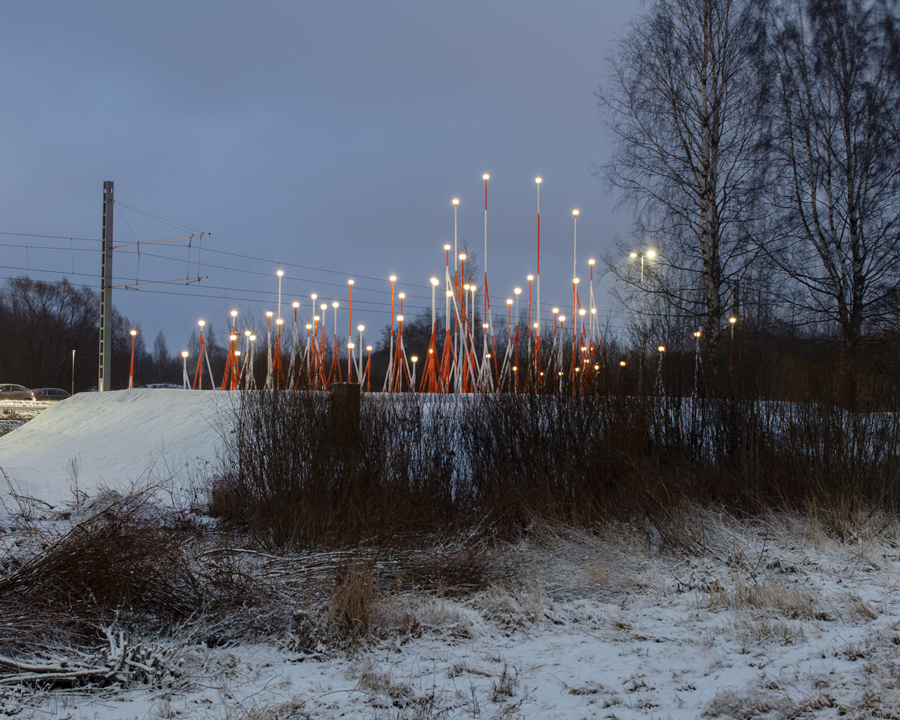 Navigation Figures is a public artwork in Tampere, Finland, inaugurated in December 2021.

The artwork is located on a meadow at the outskirts of the city, and is part of the art program for the new public tramway. Navigation Figures is intended to be seen when in movement, as the tram and the highway passes by close to the site. It consists of 61 lights, each lifted on slender legs. In the dark, the cluster of point-lights form figures discernable only from certain directions. Moving along or around the site, the figures and patterns formed by the lights change. The three geometrical figures, discernible in the swarm of light, are projected onto the site from different directions. One from the center of Tampere, along the track carrying people from the city. Commuting citizens and dog owners will tell of the triangle. The second from the lake, the small water of Iidesjärvi. Lone farers of the lake or visitors and inhabitants of the wetlands will tell of the ellips. The third figure projects from the sky, writing a circle on the ground when seen from above. Migrating birds, migrating people and drone pilots will tell of the circle. In daytime the lights are turned off and the structures are visible as a colorful jumble over the meadow. Frontally from a distance a checkered pattern is visible. Lines and patterns appear within this jumble and indicate directions, not one but several. 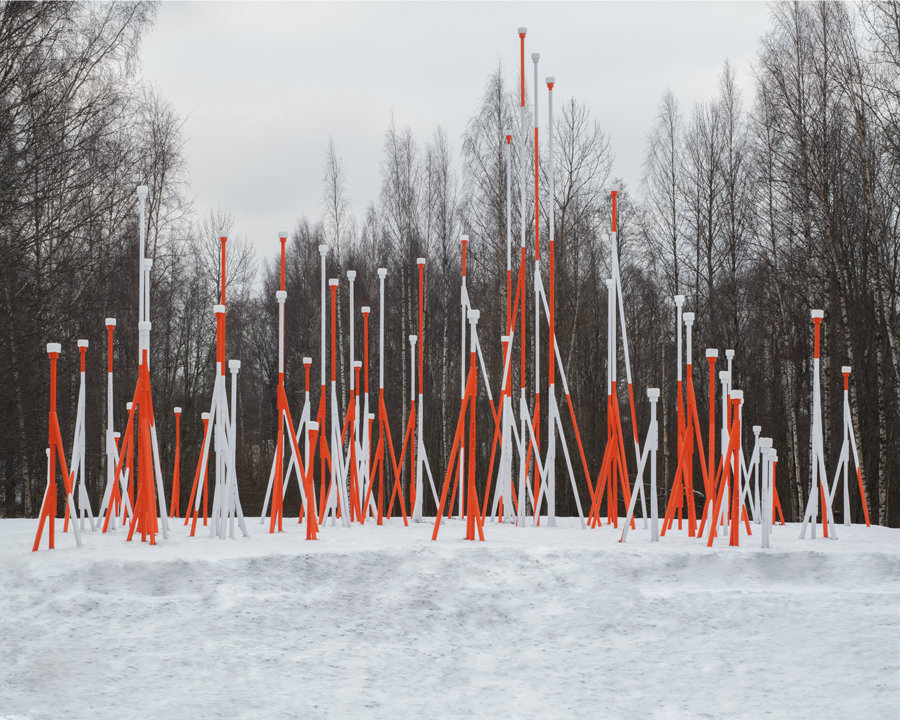 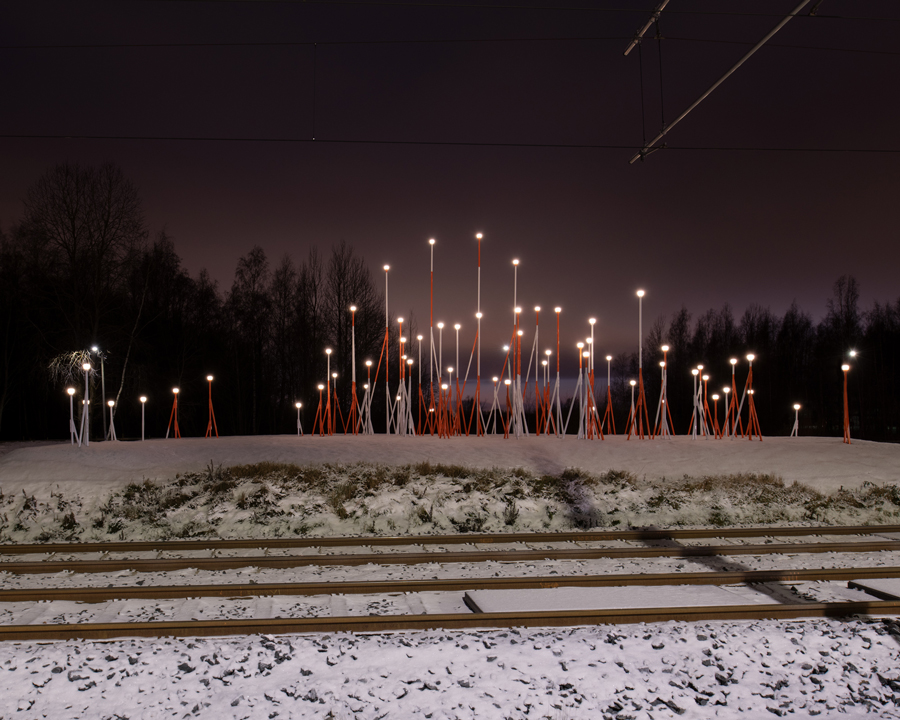 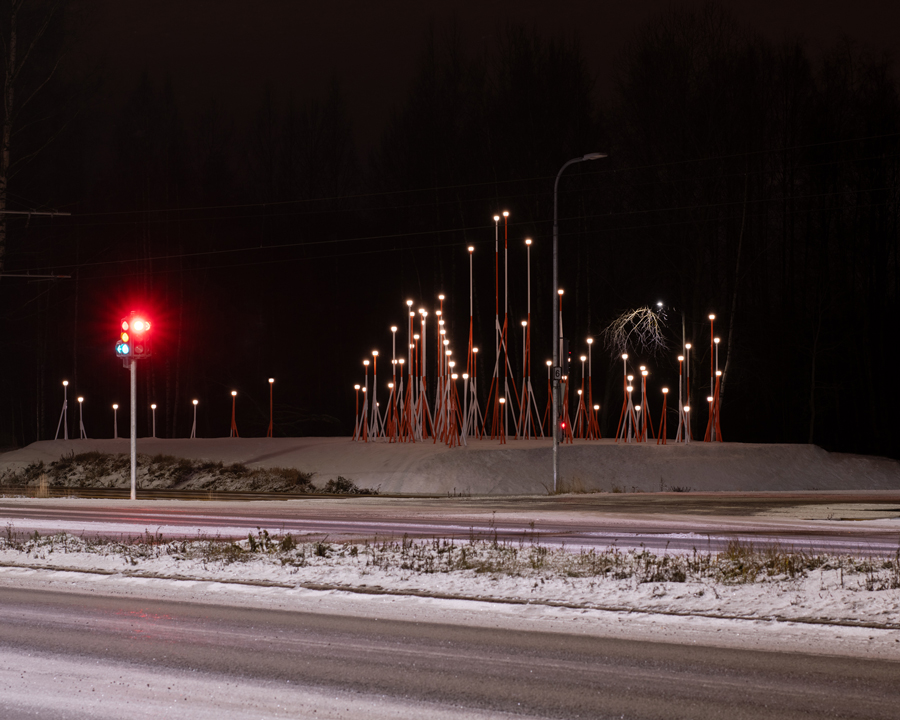 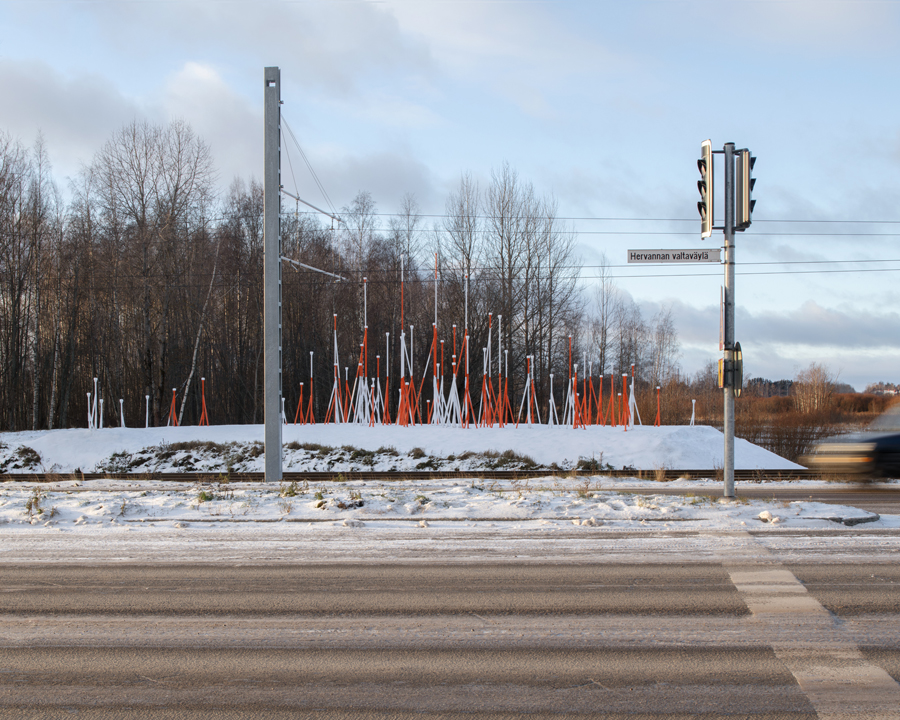 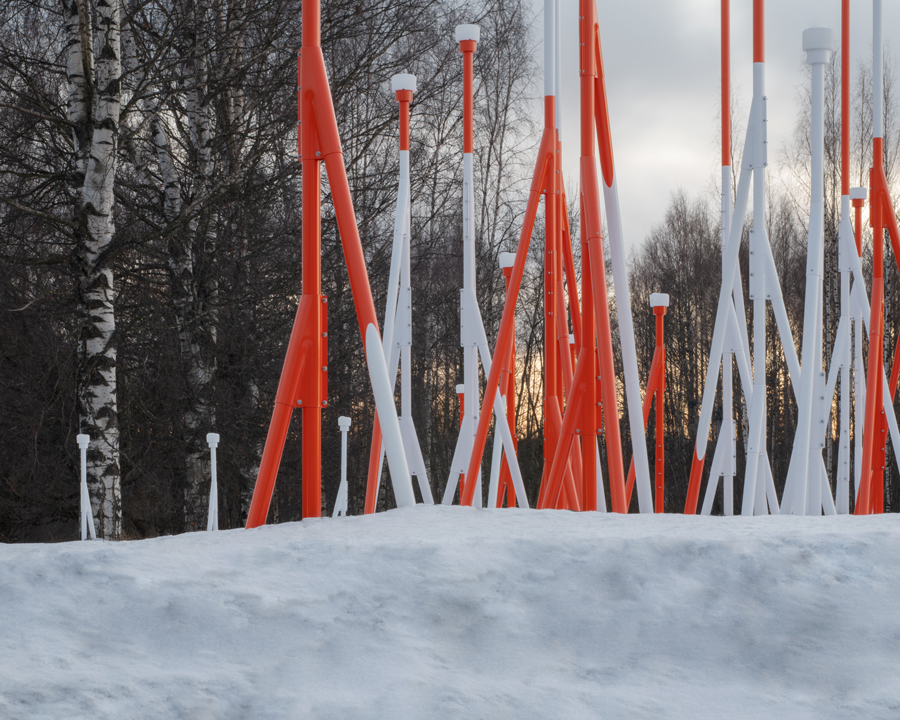 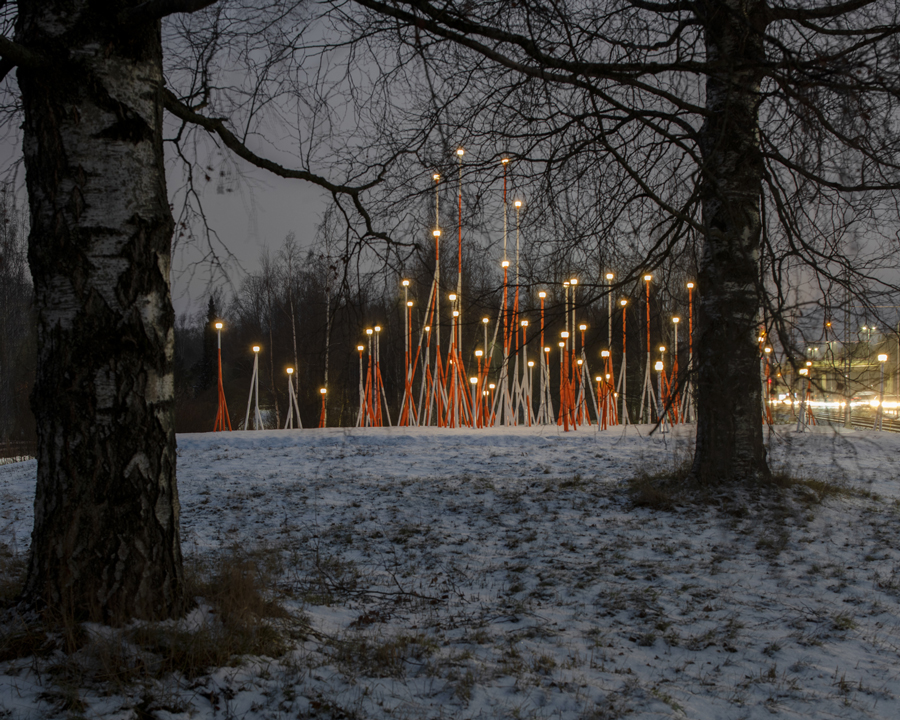 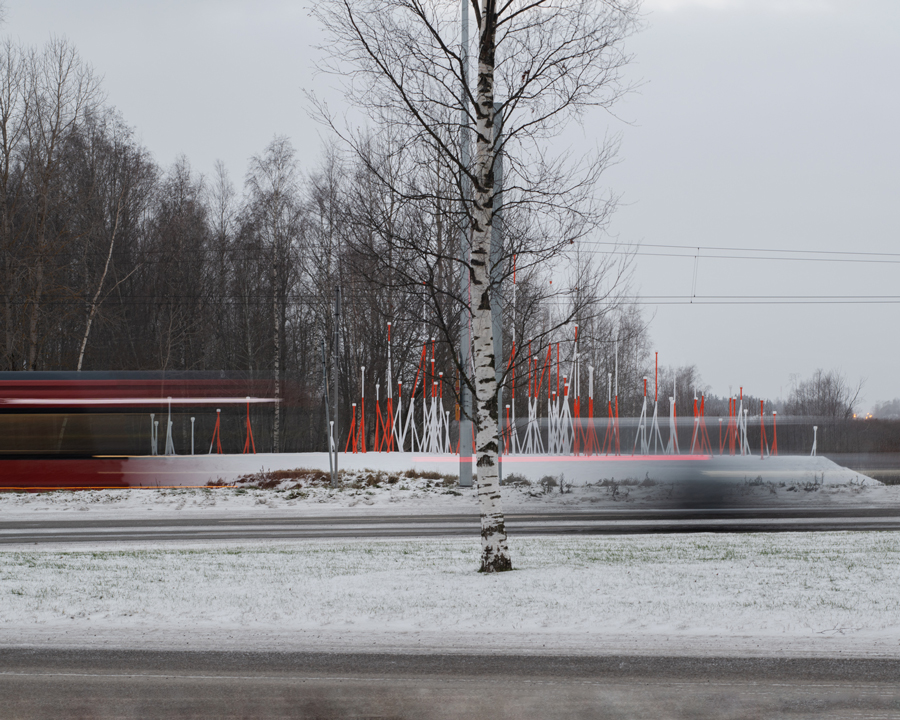 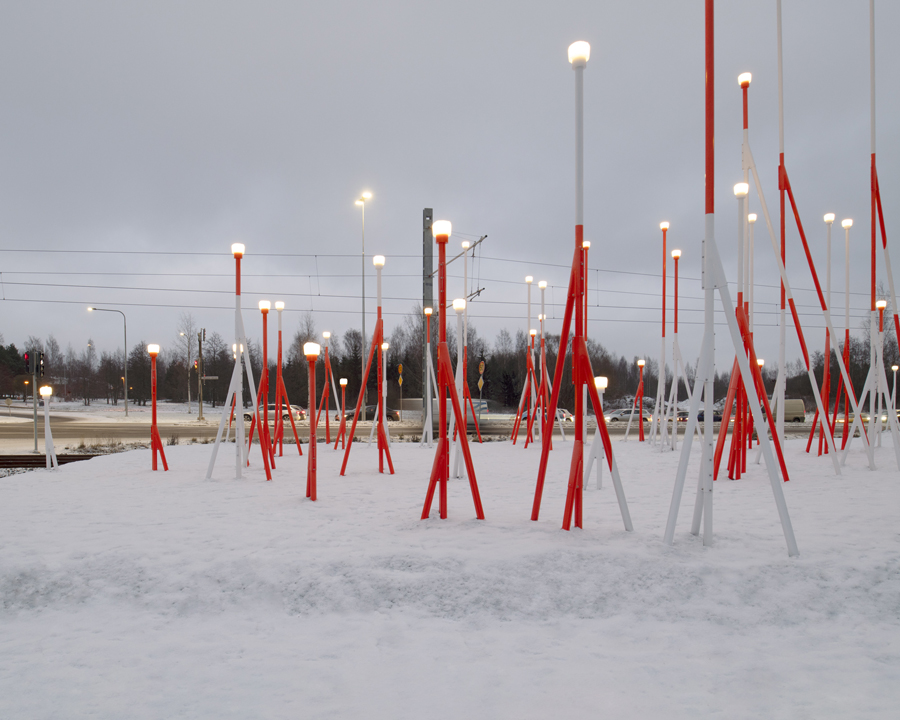